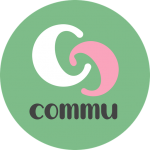 Description of the problem

Last week (week 37) we received feedback from users that the email confirmation link had not worked in their case. We started investigating and confirmed that there was a problem. It turned out that an extra record had appeared in the link in the email that was not in the link at the time it was generated on our server. We use an external email service to send all our emails and the record in question was automatically added by this email service (Sendinblue). The purpose of the extra parameter is to allow tracking in email campaigns so that we know whether a person comes to the website from the email campaign or from some other route. In so-called functional emails, such as email confirmation, such an additional record is of course completely unnecessary. In addition, the confirmation link in an email is done with a so-called “Signed URL” technique, which is supposed to ensure that the confirmation link that the user uses to confirm his email is exactly the same format as the one that was originally generated for the user. Of course, since the email service added its own parameter, this was no longer the case.

The problem has now been fixed, i.e. the confirmation links should work normally again. In addition, we have decided to send a new confirmation link to all users who have not yet confirmed their email.

How do we ensure that this does not happen in the future?

Apologies again for any inconvenience this may have caused

Want to help us, hands on? Join Commu's Telegram group and be the first to know what happens behind-the-scenes.

Commu is a free mobile app where you can ask for help and give help in your neighborhood.

This website uses cookies to improve your experience while you navigate through the website. Out of these, the cookies that are categorized as necessary are stored on your browser as they are essential for the working of basic functionalities of the website. We also use third-party cookies that help us analyze and understand how you use this website. These cookies will be stored in your browser only with your consent. You also have the option to opt-out of these cookies. But opting out of some of these cookies may affect your browsing experience.
Necessary Always Enabled
Necessary cookies are absolutely essential for the website to function properly. These cookies ensure basic functionalities and security features of the website, anonymously.
Functional
Functional cookies help to perform certain functionalities like sharing the content of the website on social media platforms, collect feedbacks, and other third-party features.
Analytics
Analytical cookies are used to understand how visitors interact with the website. These cookies help provide information on metrics the number of visitors, bounce rate, traffic source, etc.
Advertisement
Advertisement cookies are used to provide visitors with relevant ads and marketing campaigns. These cookies track visitors across websites and collect information to provide customized ads.
SAVE & ACCEPT